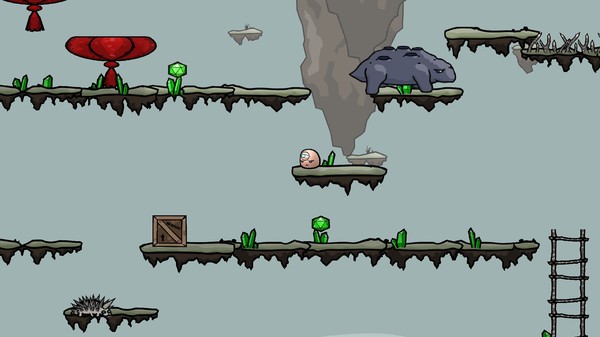 When a man has his body stolen he typically has one of two reactions; his head either dies, or sometimes it sets out on an adventure as a disembodied head, hellbent on revenge.  Sometimes it doesn’t but in Amygdala it does.

Amygdala is a 2D platformer for PC and Android that has a great visual style, good platforming mechanics, and a nice sense of humour.  Traverse the levels with your disembodied head, shoot enemies, poop bricks, kill wizards and make a magic meat body to replace the one you’ve had stolen.  This game may not be highbrow, but it’s definitely fun!