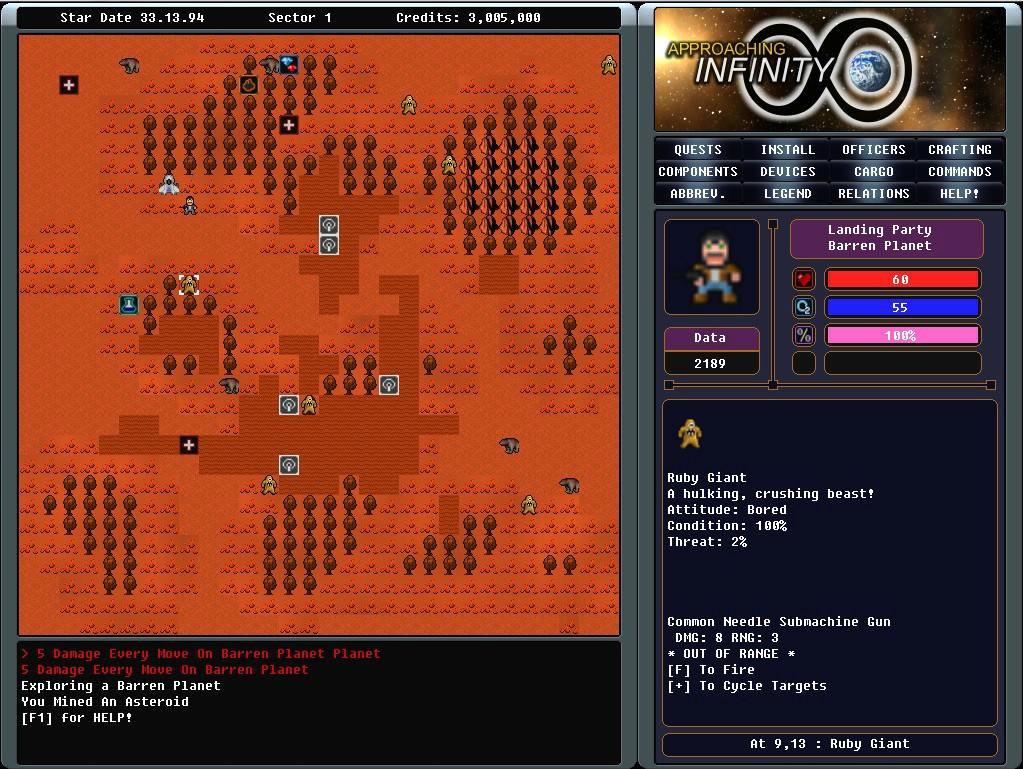 Approaching infinity is a space adventure roguelike that see’s you exploring the infinite, proceduraly generated universe, battling alien life forms and collecting loot.  Scout the galaxy for planets, shipwrecks and star temples in your spaceship, then take your landing party to explore the terrain.  Fight enemy spaceships and aliens, collect items and resources, upgrade equipment, take part in randomly generated quests and search for powerful artefacts.

Approaching Infinity already has a host of interesting gameplay features, but the dev (@IBOL17) is planning to implement a host of other features, including 5 different endgames, 12 intelligent alien races with their own quests, achievements, more monsters, more ships, more quests, maoremof everything basically!  The dev is also very keen to hear any suggestions you may have for the game and would love to hear your feedback.  Approaching Infinity is planned to start a Kickstarter campaign on 11/11/2013.

Read more about the game HERE

Check out the tutorial HERE

UPDATE:  The kickstarter is now live, backers get a host of great bonuses, including naming an in-game planet.  Visit the Kickstarter page HERE