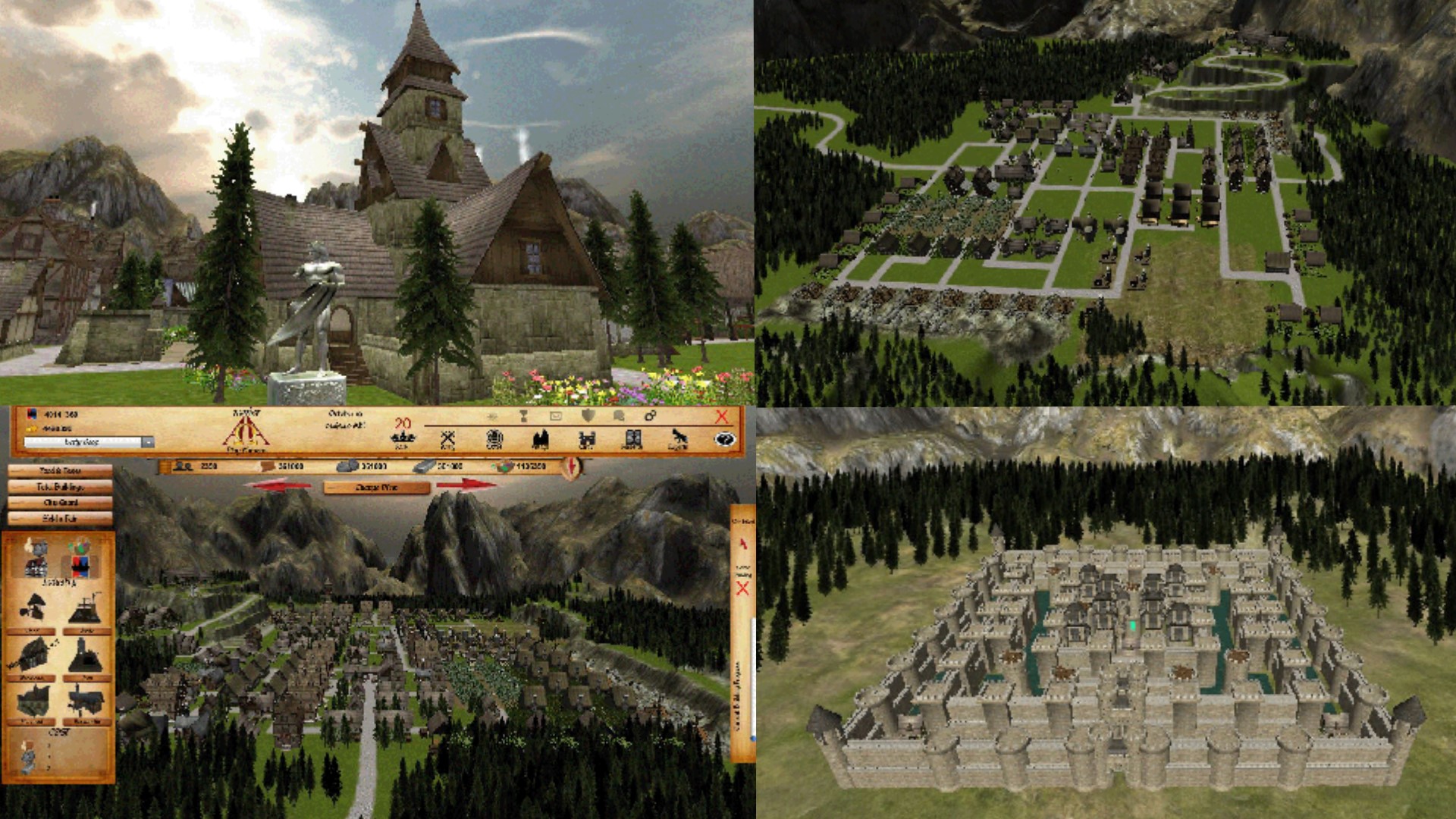 Armies of Alamar is an ambitious castle building MMORTS plenty of depth.  Build a fully 3D realised Castle and supporting village and train up your army, then conquer other players lands and become the leader of a county, Prince of the Realm or even the King.  You hold these offices by might and wit alone though, so watch your back!   You have a host of other alternatives to an all out battle too, such as trading, ambushing foreign merchants, spying on enemies villages and sabotaging them.

Battles between kingdoms are quite interesting, the world of Alamar is broken into kingdoms. After joining, you will become a member of a kingdom and start building your village.  Every weekend the kingdom will go to war with another randomly picked kingdom for control of a portal.  The players in a wining kingdom will receive added bonuses throughout the following week allowing time to prepare for the next battle.

The game also has some well implemented systems to stop your Castle getting demolished while you’re not online, such as the ability for friends to jump in and counter-attack your foes, cooldown periods (cannot be attacked more than once every 8 hours), and vacation mode.

The game is currently in open Beta and is free to play.  It also has a kickstarter campaign ongoing at the moment that’s worth checking out, you can get your name in the credits for a mere $1

Check out the Kickstarter page HERE