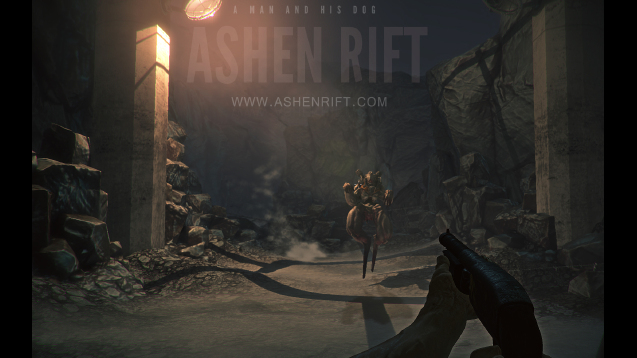 Ashen Rift is an adventure horror FPS, that pits you and your loving dog ‘Bounder’ against a world full of mutants.  Your goal is to shut down the rift that caused the population of your planet to turn into mutants, the rift has been open for 20 years, so expect so see some pretty weird shit on the way!

The game is very atmospheric, with the monologue from your character as he’s talking to Bounder helping to both cement your bond with the animal, and give you a better feel for the world that you’re in.  It’s an interesting looking game, and unlike a certain big budget FPS that came out a few months ago, the dog doesn’t feel like a tacked on gimmick, he’s integral to the story and a well needed companion in this desolate world.