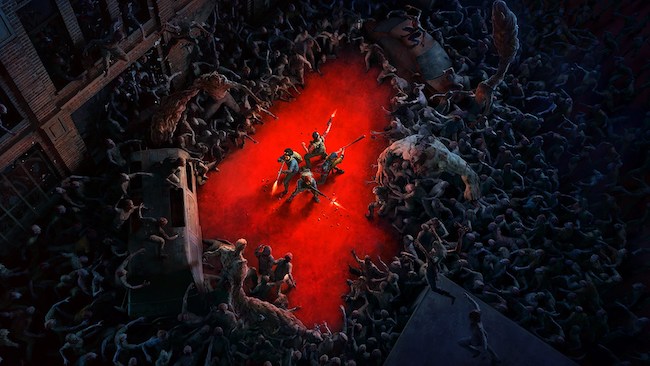 You can now sign up for a chance to get into the Early Access Open Beta for Back 4 Blood – Turtle Rock Studios’ excellent looking spiritual successor to the Left 4 Dead series.

Previously featured on Alpha Beta Gamer during the closed Alpha Sign up, Back 4 Blood is essentially Left 4 Dead 3 in all but name. It’s being developed by Turtle Rock Studios, the team behind the Left 4 Dead games, and is pretty much only called Back 4 Blood because Valve still owns the rights for the Left 4 Dead series.

The gameplay in Back 4 Blood is similar to the Left 4 Dead games, with 4 player co-op (or 8 player PvP) multiplayer first person action where you attempt to complete objectives while battling hordes of zombies. The main difference this time (other then the beautiful blood splattered visuals) are the inclusion of cards, which players can use to modify their character (health, damage, stamina, etc.). The AI Director can also use Corruption cards to screw with the players in different ways (such as introducing fog or spawning extra enemies).