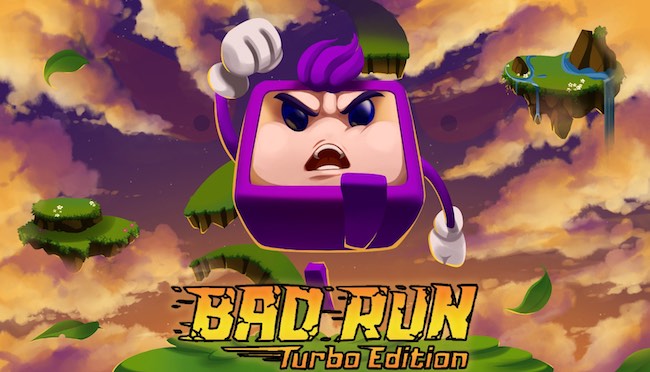 Bad Run: Turbo Edition is an auto-running platforming metroidvania about a sentient square control pad button who must save his friends and the world from the infamous Evil Pen.

Coming to PC and mobile devices, Bad Run: Turbo Edition is an auto-running spin-off of the well received platforming metroidvania Bad Pad, which takes place in a world where a control-pad’s buttons have come to life. You’ll take control of the square button and Run, jump, dive, fly and shot your way through hazard-filled levels as you attempt to take down the Evil Pen.

Auto-runners are generally quite shallow experiences, but Bad Run: Turbo Edition looks set to have a nice amount of depth and replayability. It’ll feature a campaign mode with forty levels, missions and battles, large metroidvania style Castle levels, an endless mode, daily rewards and lots of upgrades to unlock for your character. Sign up for the Alpha to see if you’re hip at being a square!

Sign Up For The Bad Run: Turbo Edition Alpha Here