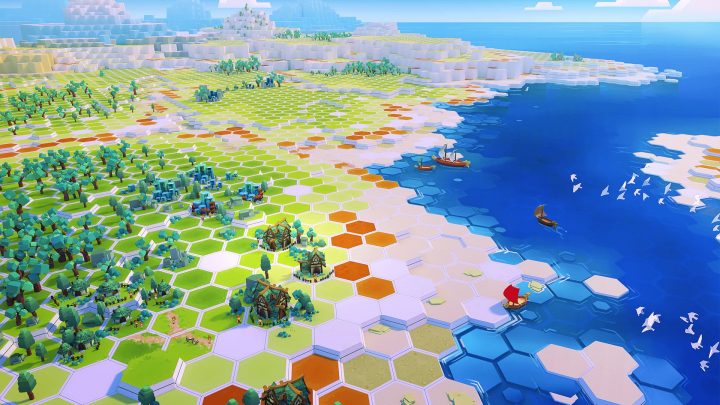 BitCraft is a stylish MMORPG that takes place in a vast shared hexagon based world and runs on a cryptocurrency called Hex that you can earn as you play.

Claiming to be the world’s first Crypto MMORPG, BitCraft will allow players to explore, gather resources, search for treasure, mine Hex coins, build settlements and interact with each other in a large shared land. It draws inspiration from Minecraft, with an aim of giving players freedom to carve out a life for themselves in a shared world whilst also having their own plot of land that they can build on and share but still keep safe from other players. Towns need leaders too – you’ll be able to play politics as you attempt to become the mayor of your town, build up your town and compete to become the most powerful leader in the world.

It’s easy to be suspicious of crypto-gaming, but in BitCraft the Hex cryptocurrency does genuinely just seem to be an in-game currency that you can mine from crystals found in the game world. That makes it pretty similar to most MMORPG’s then, except eventually you’ll be able to trade in your Hex crypto for real world cash (don’t expect to get rich though).

It’s a promising game, with a great visual style, interesting massively multiplayer interactions and an intriguing crypto element. There will only be 500 slots available in the Alpha so sign up quick if you want to be one of the first to leave your mark in the world of BitCraft.