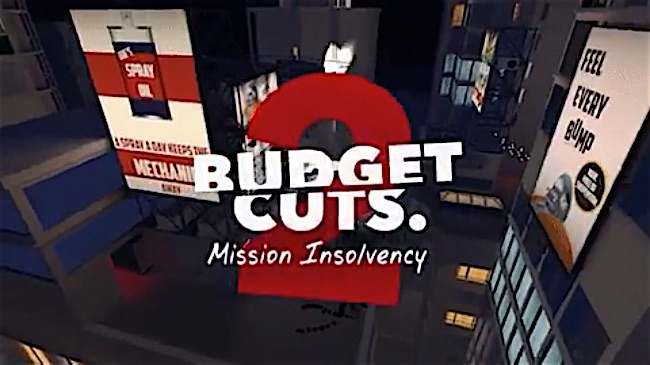 Budget Cuts was very well received upon release last year, drawing favorable comparisons to Portal, but with more of a focus on sneaking up on robots and using a variety of different weapons to dispatch them. There’s very little information available about Budget Cuts 2: Mission Insolvency available at the moment, but it will most likely continue the office-based stealth assassination gameplay and it’s coming to Oculus Rift/S, HTC Vive/Pro and Valve Index.

It’ll be interesting to see how the devs expand on the excellent stealth robot-murdering gameplay of the original. Judging by the tiny bit of footage released so far, it looks like you’ll be out in the open city for at least some of it anyway. Sign up for the Beta for a chance to be one of the first to start delivering those budget cuts!