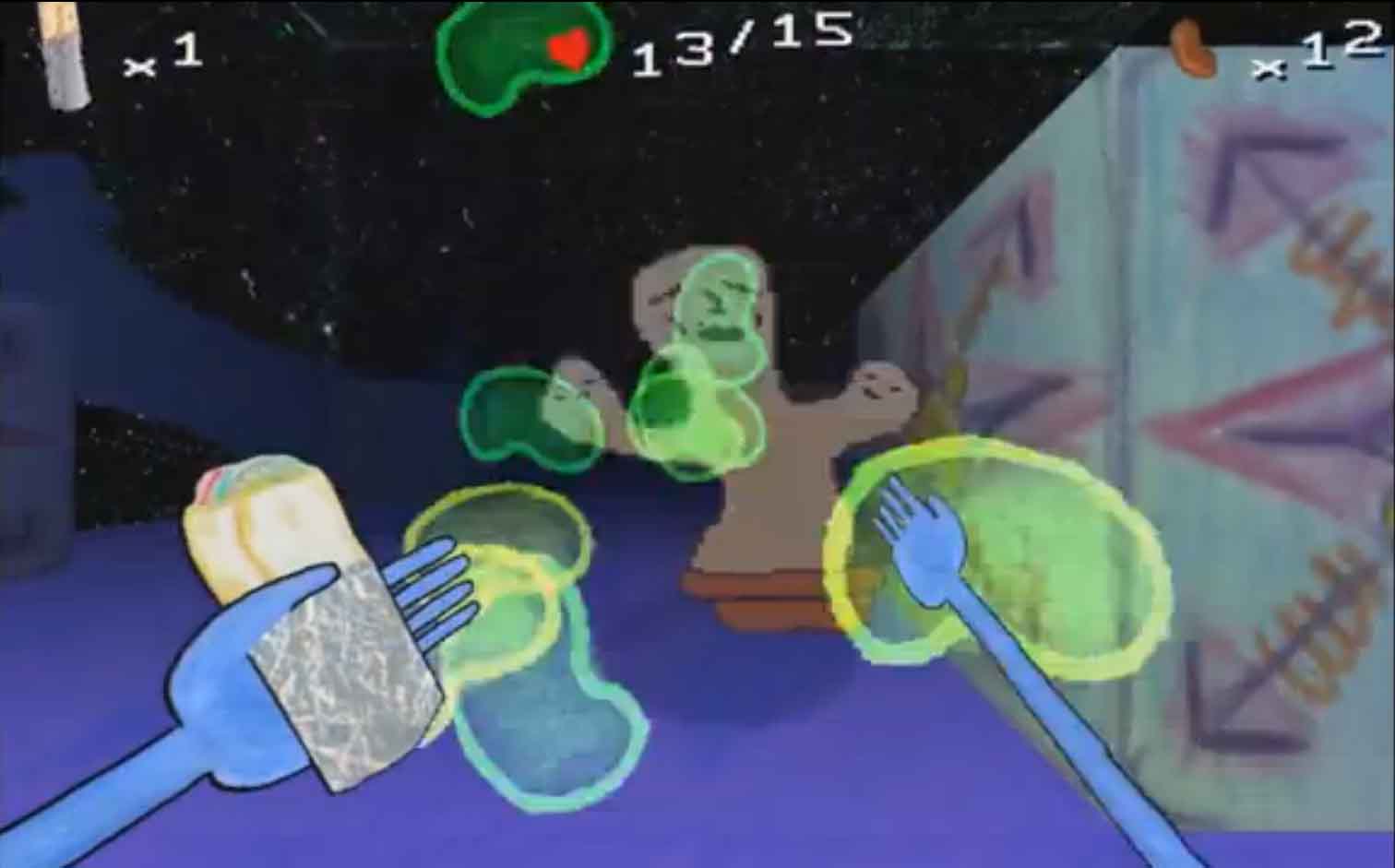 Burrito Galaxy (or Burrito Galaxy 64: Mega-Tortilla Bean Saga 30X6 – Planetoid SAL-5A XIV Directors Cut: Extreme Edition, to give it it’s full name) is a silly game, in fact it’s probably one of the silliest games you’ll ever play.  To quote the dev, It’s a ‘first person neo-burritocore procedural roguelikelikelike rythmic taquitocrawler’, that sees you taking on the role of Gauc from the planet Sal-5A as he explores a (very) strange planet that he’s crash landed on.