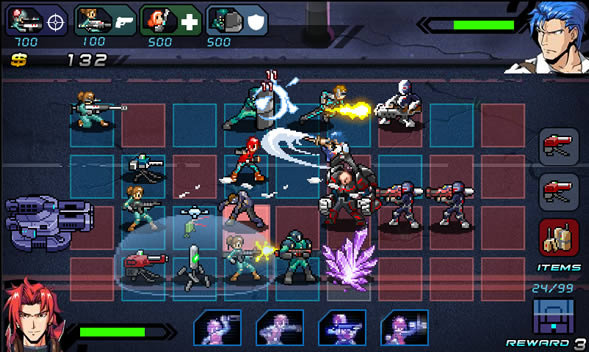 C-Wars is a well crafted pixel-art game that has already been Greenlit on Steam and has run a very successful Kickstarter campaign.  It’s set in a cyberpunk apocalyptic world and has an original real-time combat system that combines RTS, RPG and fighting game mechanics.   It’s a great, fun little game with lots of character and style.

The Alpha is playable on PC, Mac and Linux at the moment, with plans to release the game on WiiU, PS Vita, 3DS, iOS and Android too.