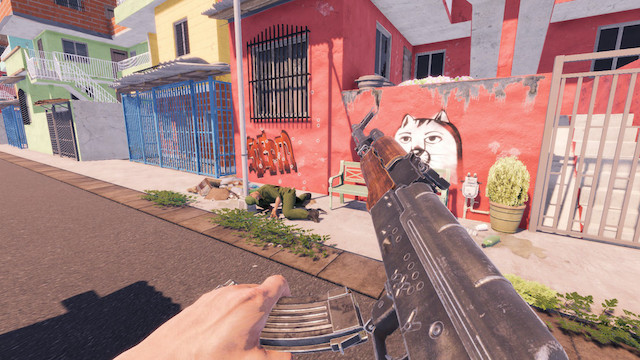 Cartels is a hardcore tacticlal multiplayer FPS where the cartel and the law face off during the 1980’s Columbian drug wars.

In Cartels you’ll be able to either become a Sicario working for the Medellin Cartel or a law enforcement officer (Colombian Search Bloc or DEA operative). Matches take place in different urban and jungle locations, and promise realistic firefights with teams of up to 16 players fighting in a variety of game modes. It also promises cooperative missions, weapon unlocks and plenty of character customization options.

It’s a great setting for a FPS which looks set to play like a fusion of Call of Duty and Narcos.
The Cartels Beta is planned to start today, so sign up now for a chance to join the fun.

To sign up for the Cartels Alpha, just join the official Discord channel then fill out the form posted in the #tester-signup-info channel.