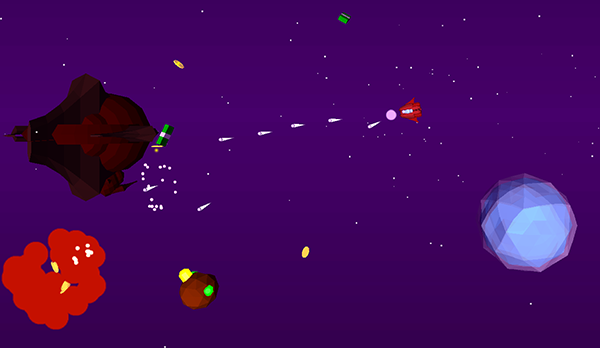 Cashtronauts is a fast-paced, retro arcade-style game for 1 to 4 players.  It’s not just your average shooter, players can choose their own play style, focusing on mining, pirate hunting or just pillaging and looting.

You can play through a campaign in single player or co-op, trying to make it as far across the galaxy as you can before you die, warping from system to system, scrounging together enough cash to pay your way through the next warp gate before your pursuers catch up to you.

There’s also a fun skimirsh mode, a competitive game mode where the goal is to make as much cash as possible within three rounds.  That cash can also be used to buy powerups and upgrades in the Black Hole Market.  Prices fluctuate based on player action, dynamically balancing the game.

Check out the Kickstarter HERE