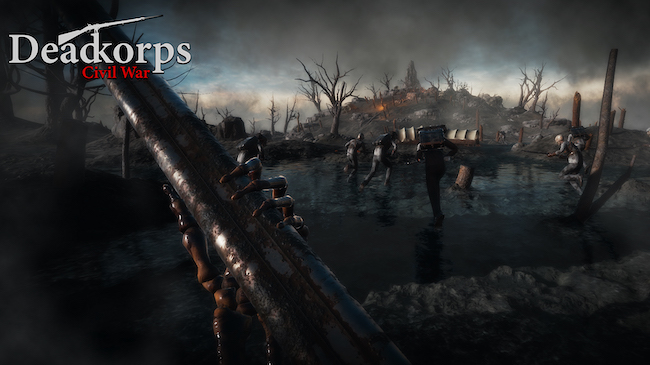 Deadkorps: Civil War is multiplayer online first person shooter that brings real horror to the American Civil War as undead hordes from the North and South do battle.

There is very little info available about Deadkorps: Civil War, but it’s a multiplayer FPS where soldiers don’t let a little thing like being dead stop them from fighting in the American Civil War. It seems that undead soldiers from the North and South will face off as they fight for their country.

There’s no more information or gameplay footage available for Deadkorps: Civil War yet, but a multiplayer Civil War horror FPS is a great concept that could be a lot of fun. Sign up now to be on the frontline for the Beta.

Sign Up For the Deadkorps: Civil War Beta Here