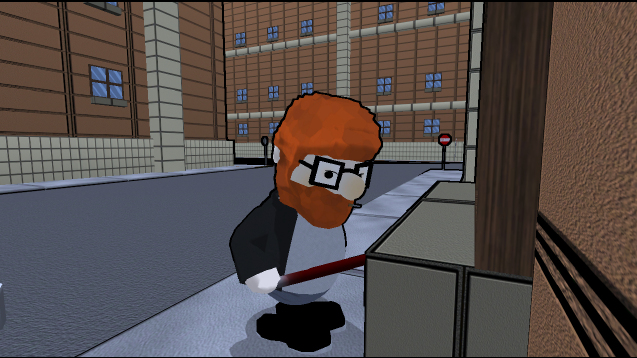 Dev guy is a funny, and interesting game that puts you in the role of an Indie dev called Warren, who’s trying to get his game on the app store before his game licence expires.  Unfortunatley someone steals his car, which he’d left his game code in.  To get the car back, you’ll have to solve puzzles, hack computers and play some very tongue-in-cheek minigames.

Dev guy is a great little game, with lots of fun in-jokes about the indie game scene and a main character with a lot of personality.  Dev Guy won’t teach you how to make Indie gamea, but it WILL make you smile.

Update: Unfortunately this Playtest is no longer available