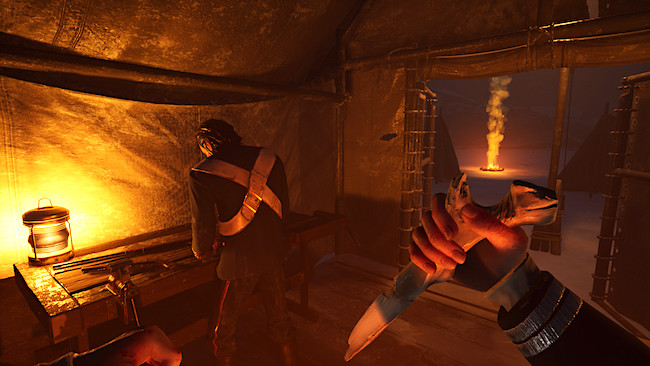 Dread Hunger is a multiplayer action adventure game where you attempt to survive in a frostbitten Canadian Arctic wilderness, fending off the cold, wolves, other predators and other players.

Featuring a blend of PvP and co-op multiplayer, in Dread Hunger you may be working as a team to survive in its icy wilderness, but there are two traitors in your ranks who are attempting to doom your expedition. You’ll need to build fires to stay warm, hunt for food, fend off predators, captain a ship and gather coal to help keep the ship running.

While the team is working hard to survive, they’ll also have to keep an eye on each other. The two traitors will be able to use all manner of underhand tactics to kill off the rest of the team – such as luring dangerous animals towards them, feeding them tainted food, using dark blood magic, or even just shooting them.

It’s a great looking game that should deliver a nice blend of survival action gameplay and paranoia as you work to survive in a team where you can’t trust anyone. Sign up for the Beta to see if you can survive Dread Hunger’s icy tundra.