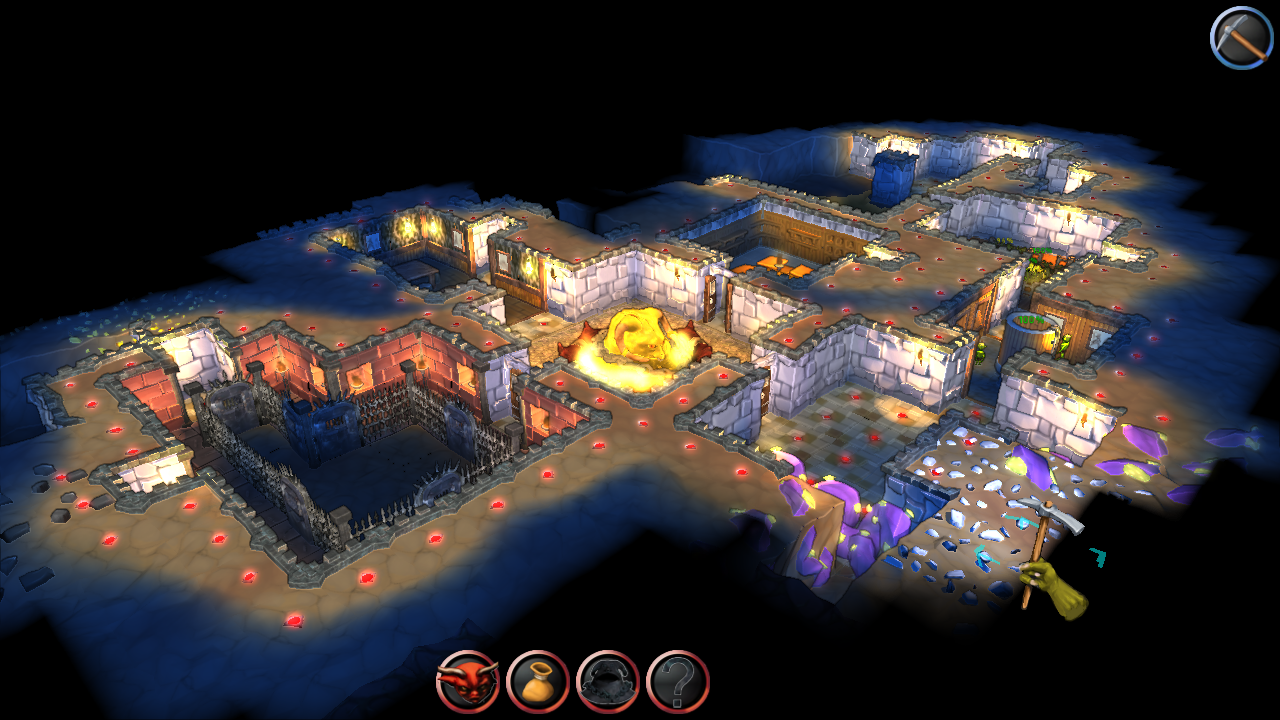 Dwelvers is a RTS game inspired by the old time classics Dungeon Keeper and Settlers. The player guides their minions in digging out paths and rooms, claiming them for themselves, and growing their dungeon.  Create your minions, feed them, give them beer, kit them out with weapons and armour, then lead them into battle.  There’s a lot of humour about the game, with each creature having it’s own personality, demands and fighting style; forcing the player to handle all the creatures in different ways in order to max out their potential.