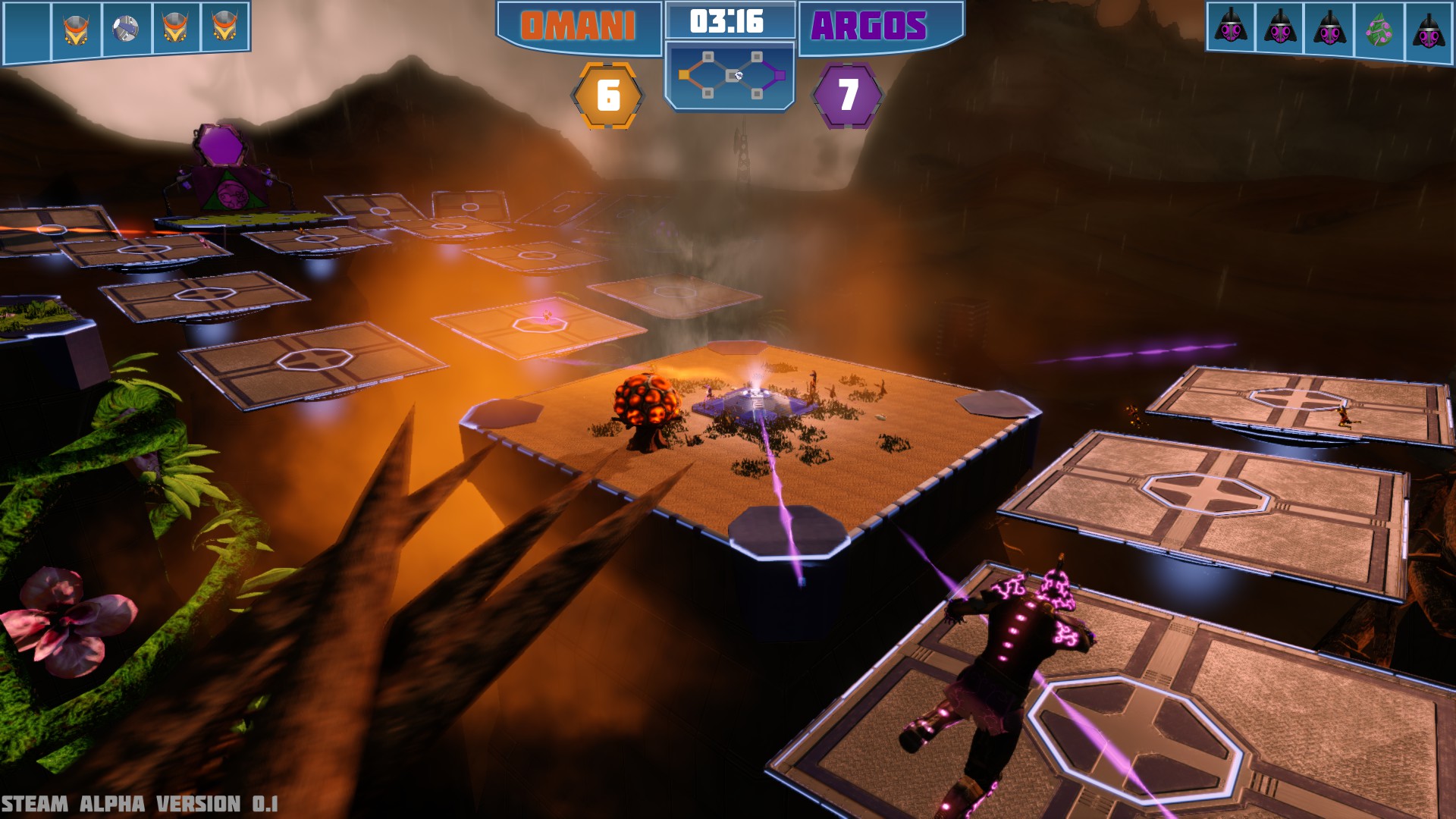 Epigenesis is an FPS Arena Sports game in which 2 teams, armed with forcebased nonlethal weaponry and gravity boots play ball on top of tall towers.  If they played American Football in TRON, it would look and play a little like this.  It’s a nice, fast paced team based game, with a great futuristic aesthetic and a great soundtrack.

This Unreal Engine 3 powered game will be released through Steam, and has already won 2 awards (Make Something Unreal 2013 and Game of the Year from Swedish Game Awards 2013).