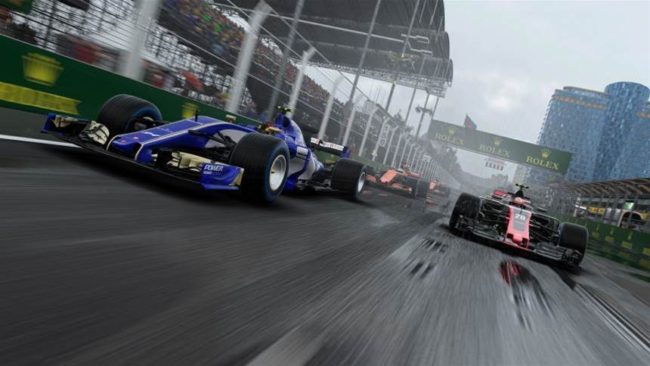 Codemasters haven’t released any details about F1 2018 yet (even the image above is from F1 2017), but you can expect more officially licensed F1 racing simulation in a similar vein to F1 2017. Last years instalment was a little buggy, but was generally very well received, earning praise for it’s improved AI and fully fleshed out career mode so it’s likely F1 2018 will be an iterative update rather than a revolutionary one. Historic F1 cars from 1988 to 2010 were also introduced last year, but the classic content was a little lacklustre, so maybe Codemasters will continue to build on that too.

Whatever Codemasters have planned for F1 2018, you can be sure it’ll be the best F1 racing simulation game on the market for two main reasons – partly because it’ll also be the only F1 racing sim on the market, but also because Codemasters sure can make good racing games! Sign up now for a chance to you in the starting grid for the Beta!