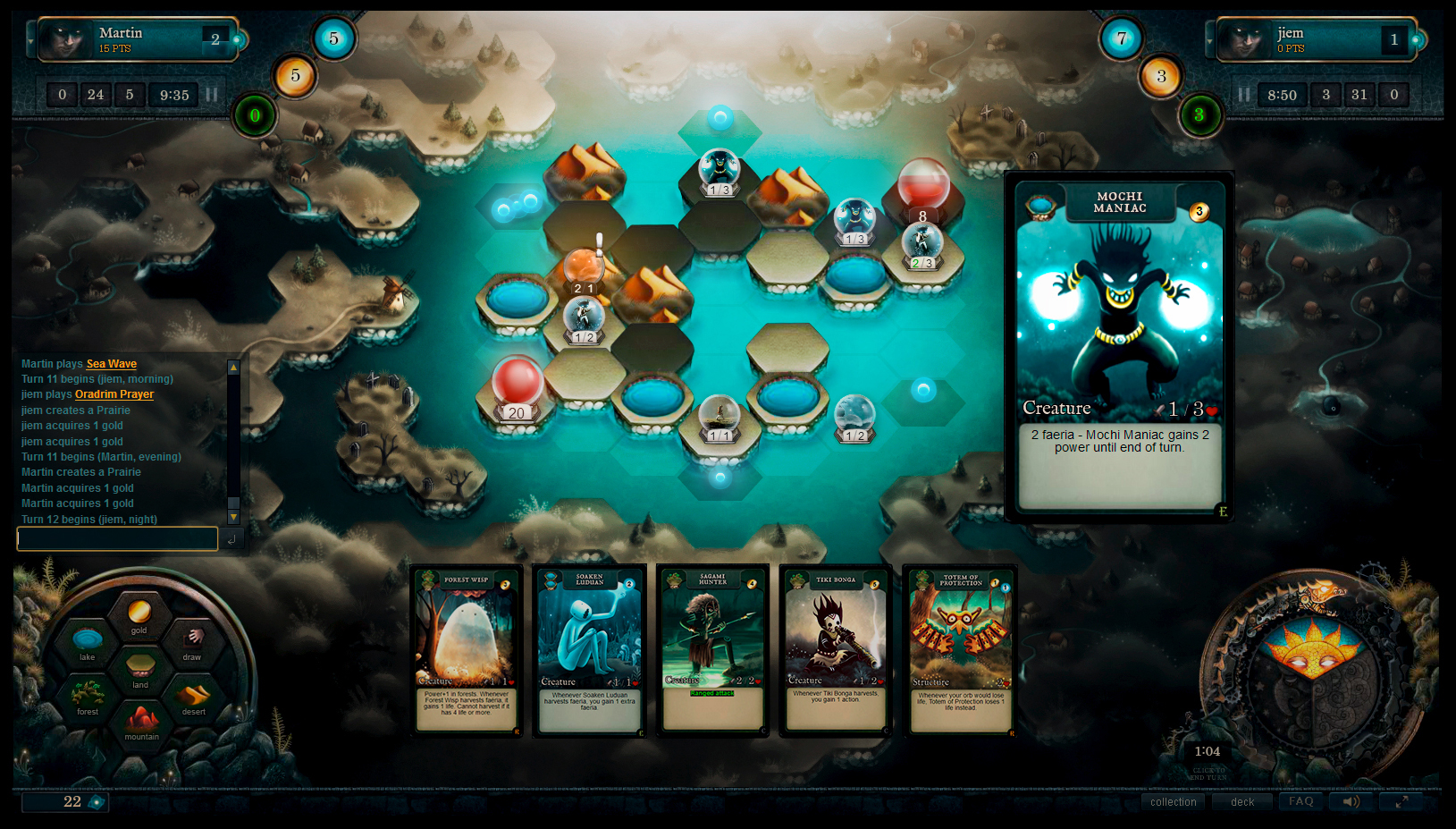 Unlike some other recent card games  (*cough* Hearthstone), Faeria won’t be free to play when it’s released, as they want all players to have an equal footing, the game will be released for around $20 and you’ll be able to access all the cards just through playing the game.