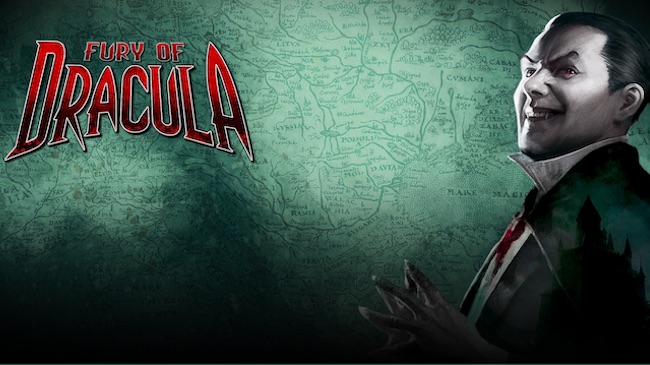 Fury of Dracula: Digital Edition is a digital adaption of the acclaimed asymmetric multiplayer tabletop Fury of Dracula game, which blends gothic horror with deduction as Dracula faces off against vampire hunters in a battle that will decide the fate of Europe.

In Fury of Dracula: Digital Edition one player takes on the role of Dracula and up to four other players take on the role of Van Helsing and his team of vampire hunters. Dracula’s aim is to increase his influence over the entirety of Europe, while the Hunters try to stop him.

The game is split up into day/night cycles, with Dracula only being able to take action during the night. Hunters travel and search for clues during the day, then by night they carry out investigations and go on the hunt. Dracula meanwhile, can awake each night to set traps, create minions and travel to new locations as he attempts to evade the hunters.

The original game delivered a very unique take on tabletop gaming and Fury of Dracula: Digital Edition looks set to be a faithful recreation of the experience. The gothic artwork looks excellent and the UI seems to be uncluttered and easily accessible. Sign up for the Beta to to determine who wins the fight between humans and vampires!

Check Out Fury of Dracula on Steam Here

Sign Up For The Fury of Dracula Beta Here