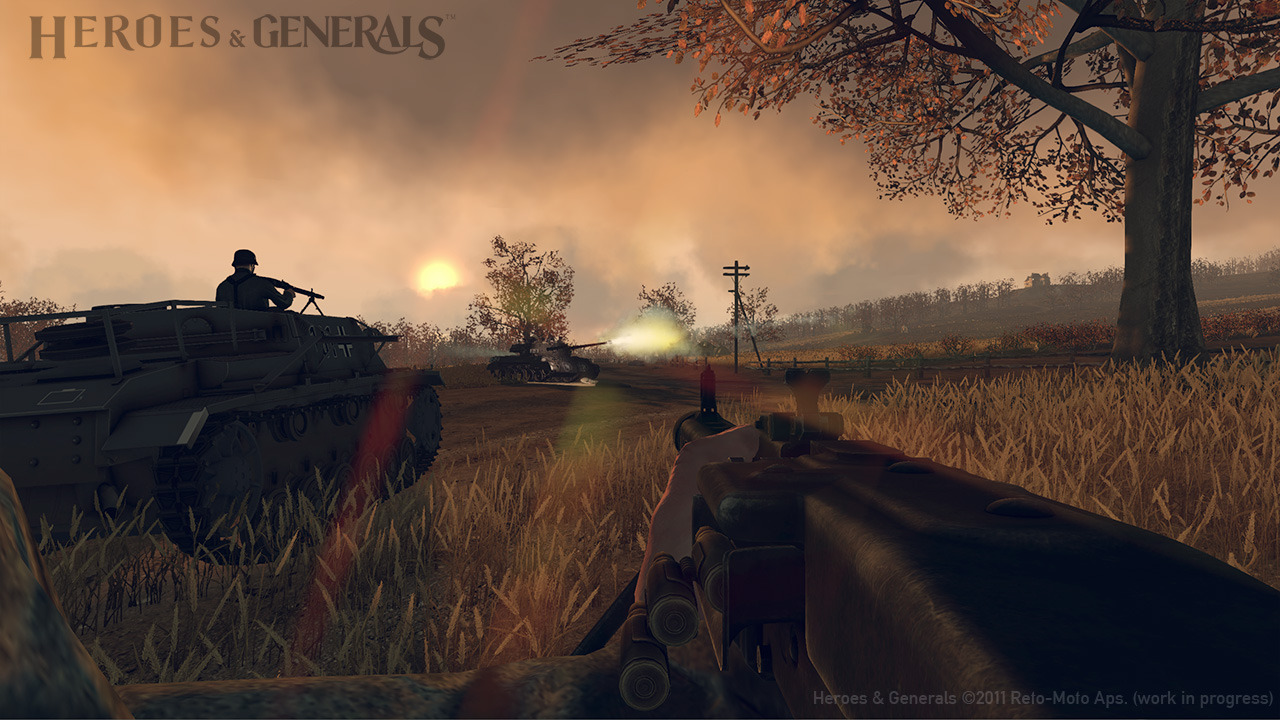 Heroes and Generals is an ambitious MMO FPS with RTS elements that’s been Greenlit on Steam.  On one level it’s a team based FPS action game where players can engage in combat using a variety of characters, customizable weapons and vehicles such as tanks, fighter planes and even bikes.

Players can also play at a strategic level commanding other players or entire groups in Assault Teams into combat. On top of that the strategic players have to manage resources and reinforcements in order to secure key locations on the battle map.