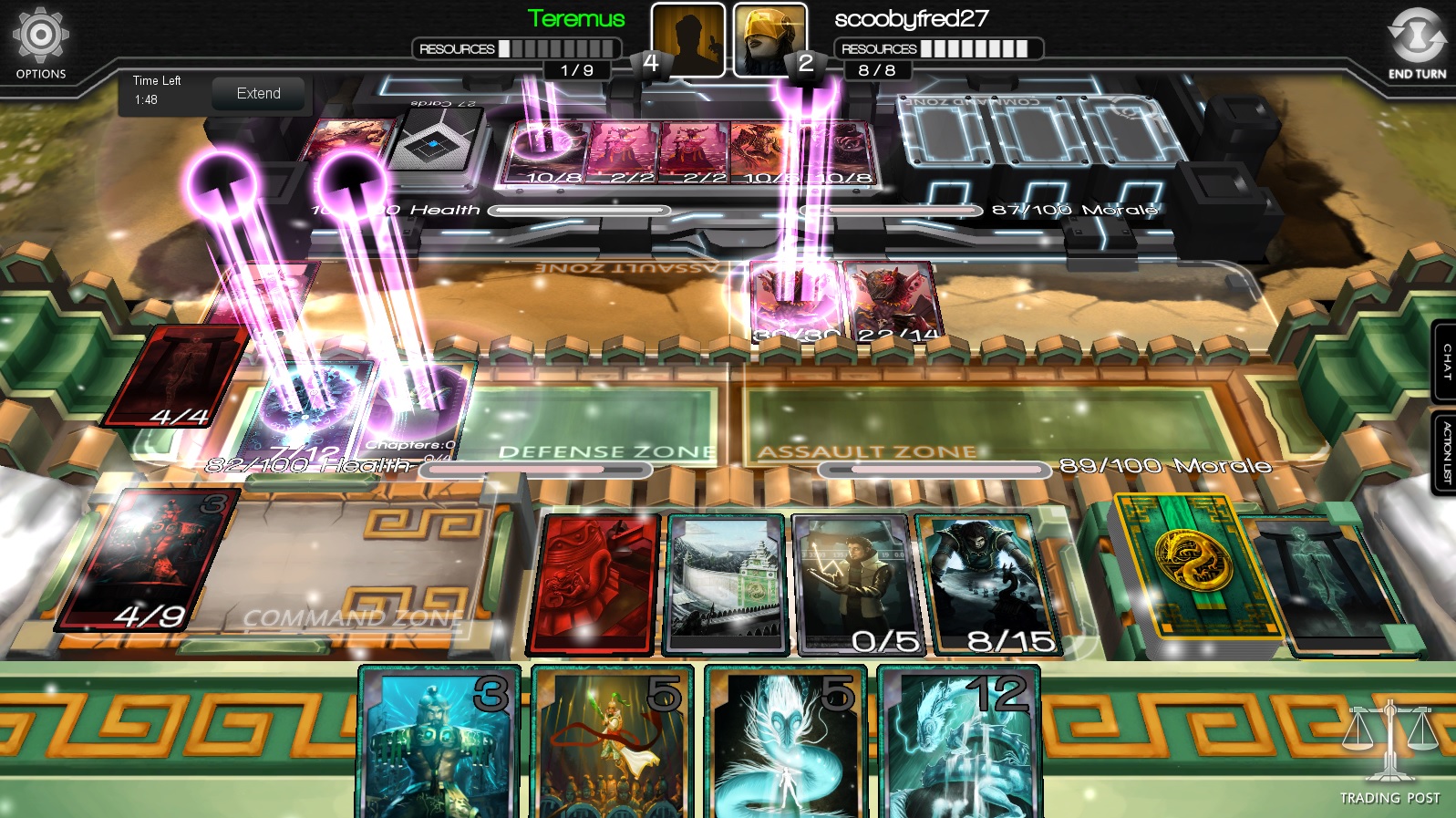 Infinity wars should feel familiar to all trading card game players, but with a host of innovative ideas and improvements to the genre.  The game had a very successful Kickstarter campaign and will be coming to Steam at the end of November.