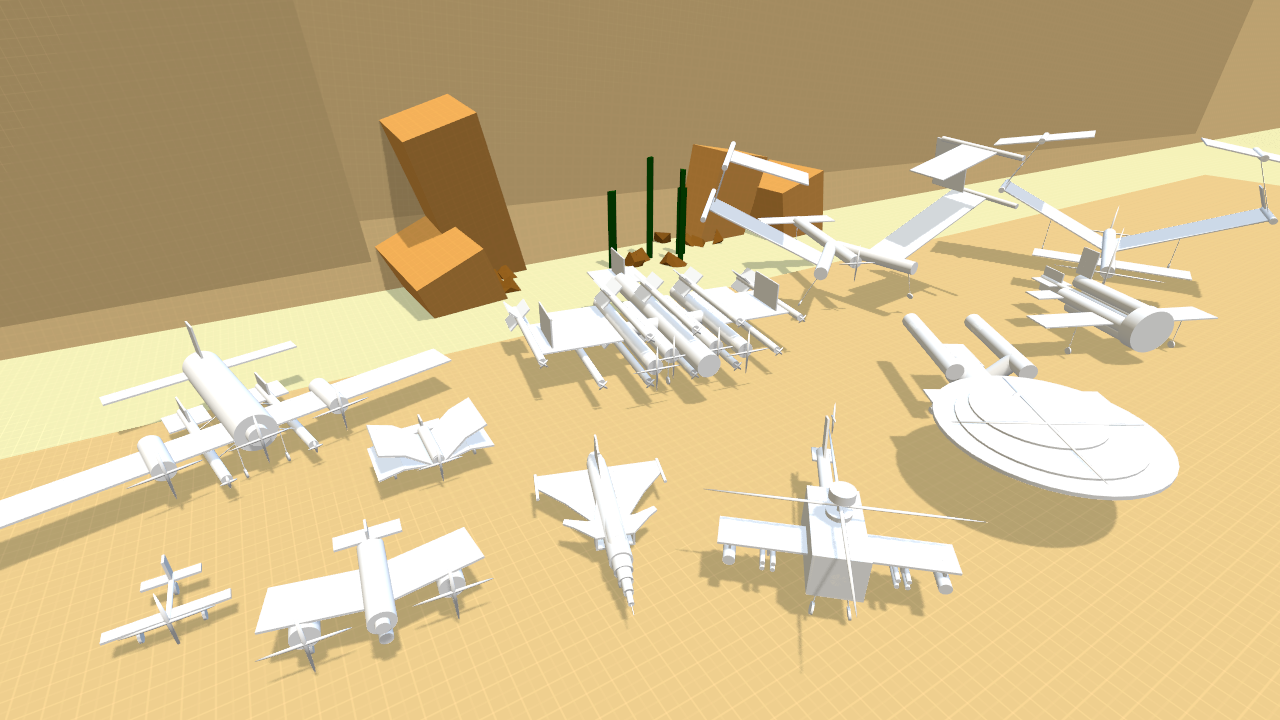 Lift is an impressive new flight sandbox game based on real world physics, where you can build whatever aircraft you like, from a spaceship to a flying whale, and take it for a spin.

The game is still very early in development, so building the aircraft isn’t especially intuitive at the moment and would benefit from an easier to use drag-and-drop style interface.  However, once you get the hang of it, it’s great fun building and testing your aircraft.  As all the parts you put together are bound by real world physics, most of your creations will be uncontrollable abominations that smash into the ground.  That’s where the fun lies in Lift though, it’s great fun messing about with your creations,  tweaking your design until it resembles something that can actually fly, then smashing it into a wall.

Creations can then be published and shared with others across the world, allowing you to test some truly weird and wonderful creations.  There’s a test course you can fly through, with markers for you to aim for, obstacles to avoid and missiles (as if it wasn’t hard enough!), that you’ll need a decent aircraft and deft throttle control to navigate.

Lift still has plenty of rough edges, but it really shows great promise, it’s a fun toybox that allows you to build, fly and smash, definitely one to keep an eye on in the future.

Or play it in a Unity Supported Browser HERE