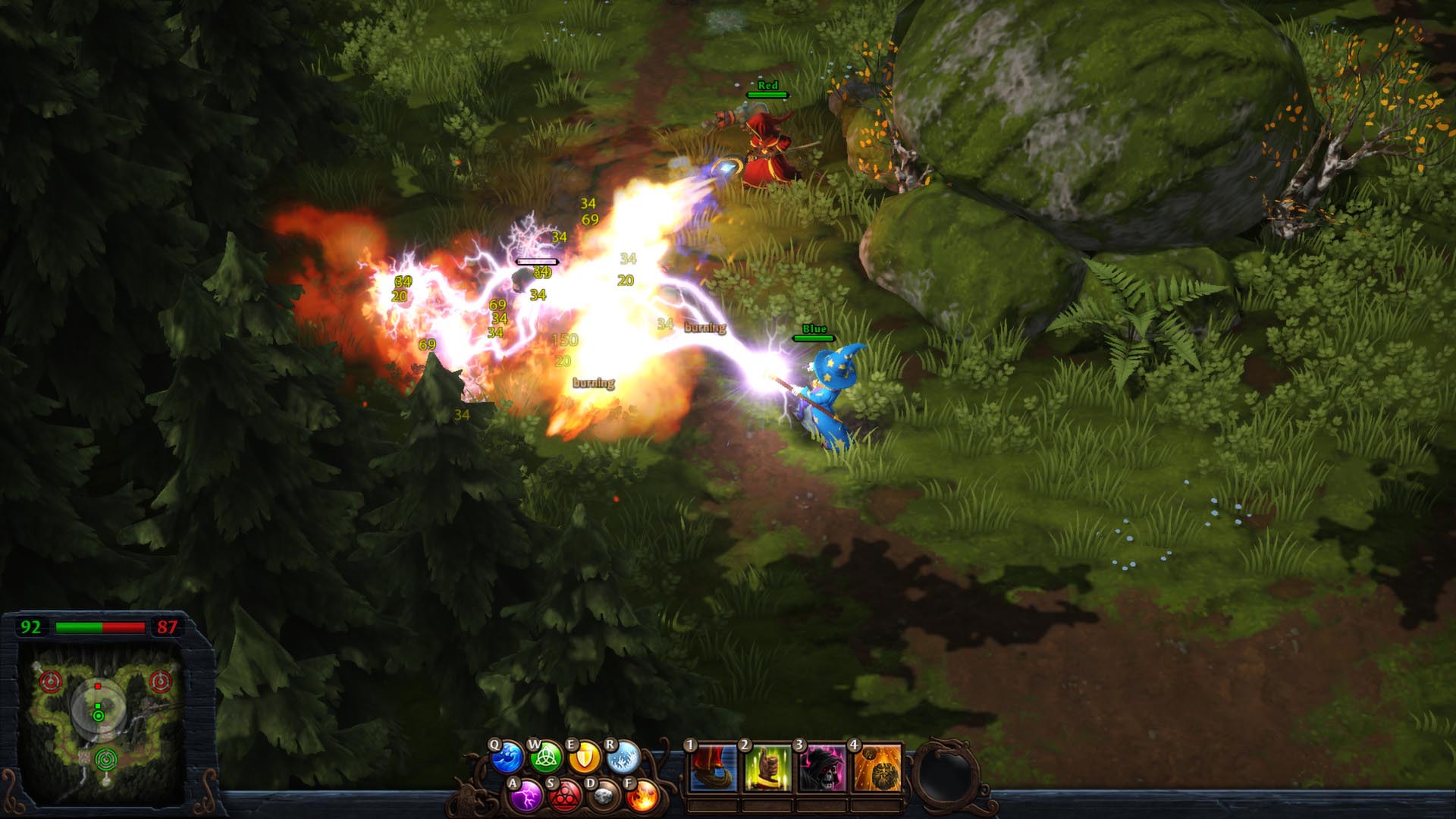 Magicka Wizard Wars is fun, pure and simple.  It’s a very pretty 4 on 4 MOBA style game, with players battling for control of control points that spawn minions.  Battles are fast paced and chaotic affairs that last for around 5 to 10 minutes, and make all other MOBAs feel sedate by comparison.

The wizards are a joy to play as, they’re well animated, have some spectacular attacks, and lots of character.  There’s plenty of depth and skill in the game, through the spell system where you to queue up your elemental spells to allow for around 400 spell combinations.  Experimenting with different elements and blasting the oppositions wizards with them is great fun.  Some might even say it’s magick!

The Open Beta is now available through Steam HERE