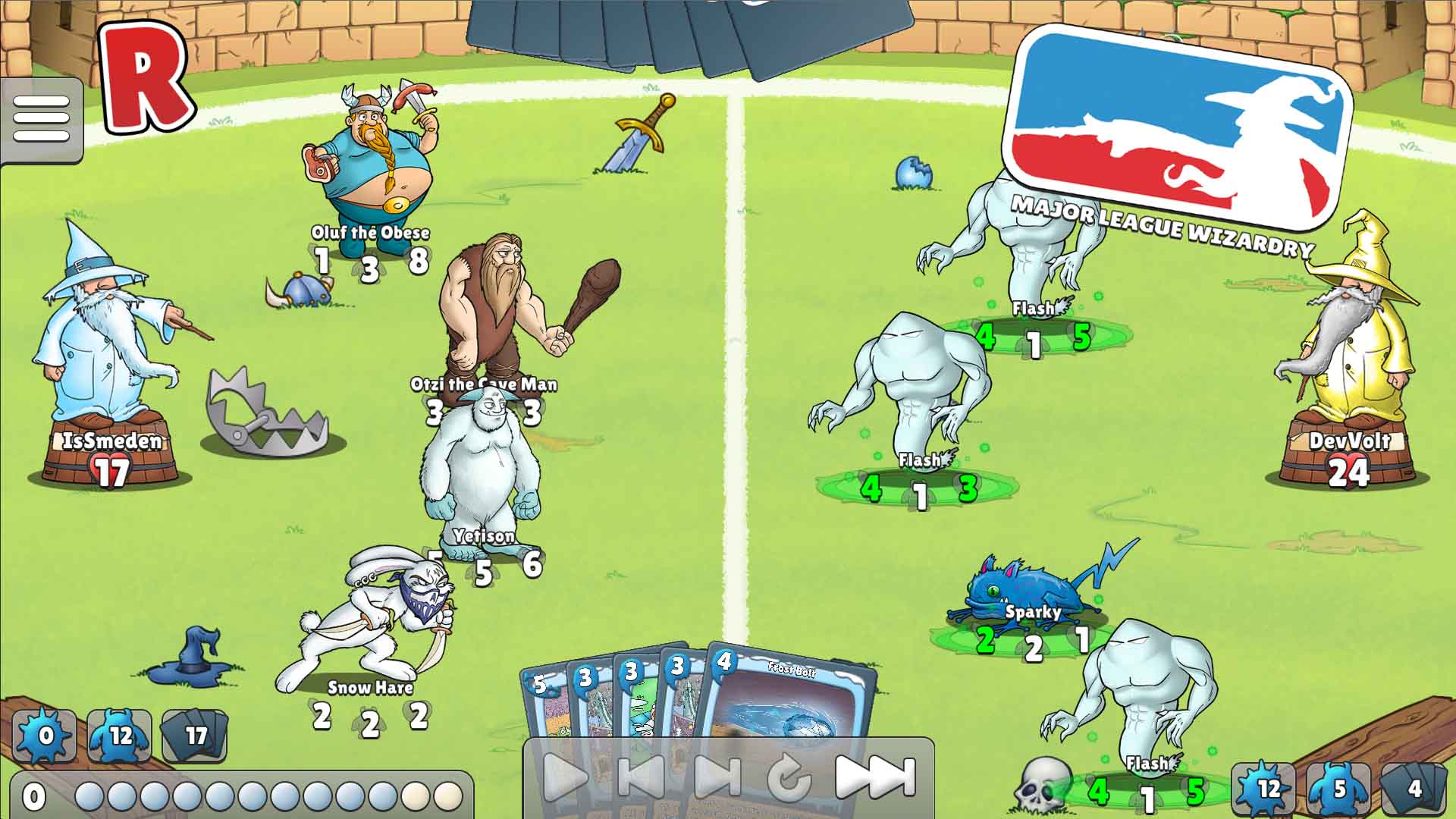 Major League Wizardry is a great new trading card game that pits wizard against wizard in turn based warfare.

MLW has a fantastic hand drawn art style, with monster designs that are especially inventive and fun, adding a lot of character to the game.  The game’s easily accessible to newcomers, but also has plenty of depth courtesy of the wide variety of monsters, spells and traps that are at your disposal.  The game features a single player campaign, online multiplayer and asynchronous play modes, allowing you to defeat your wizardly foes, collect and trade cards to help bolster your deck.

Major League Wizardry is fun and inventive trading card game that can make for some very entertaining battles.  The Open Beta is available for PC, Mac and Android, with iOS coming later in the year.  There are also plans to add a variety of great new features, including ranked matches, skins, combos, monster levelling and even physical cards so you can play the game in real life.