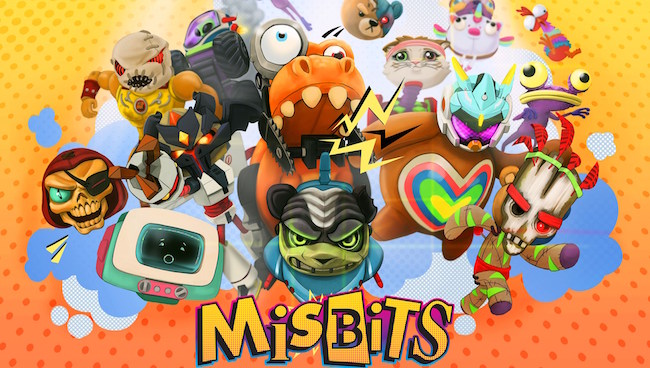 Misbits is a new multiplayer arena combat game where players control unique toy heads that can be slotted into to different bodies and vehicles to give them more firepower and mobility in the battlefield.

Details are fairly scarce about Misbits so far and there’s no gameplay footage, but it’s a fast paced multiplayer arena combat game where players compete in a variety of different game modes. It takes place in a charming looking world where toys come to life and you can insert their heads into different bodies. Deathmatch sees players attempting to knock their opponent’s heads off their bodies. Kick Brawl is a Rocket League-esuqe combat-soccer mode and there are two other modes (Toyhunter and ToyBox Builder) that details haven’t been released about yet (though it seems that there will be some build, play and share element to at least one of them).