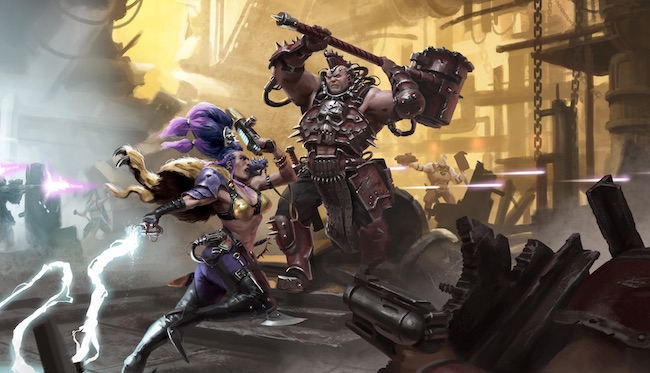 Necromunda: Gang Skirmish is a digital adaption of the popular Games Workshop Necromunda tabletop game where outlaws, bounty hunters, thieves and gunslingers fight for dominance in the Underhive.

There’s no footage of screenshots of Necromunda: Gang Skirmish available yet, but it’s a multiplayer turn-based strategy game based on the Necromunda tabletop game. It’s currently in development by Legendary Games (creators of Mordheim: Warband Skirmish) and sees you taking control of a gang as they fight their way up the food chain in an underground, heavily polluted industrial setting.

Necromunda: Gang Skirmish is coming to iOS and Android devices and promises to bring highly detailed 3D graphics, online multiplayer, regular updates and a graphic novel visual style to the popular tabletop game. Sign up for the Beta to see if you’ve got what it takes to rise to the top of the Underhive.