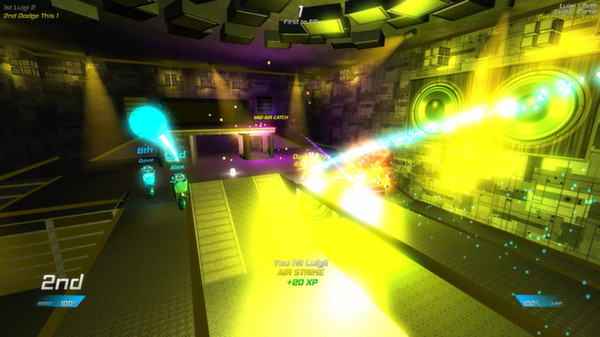 It’s a fast paced game, set in multi-level futuristic, Tron-like neon arenas that runs on PC, Mac, and Oculus Rift.  The game features a host of game modes such as Deathmatch, Score Battle, Elimination, Hoops, Kill The Carrier and Derby.  It”s great fun to play, and satisfying as throwing a perfectly timed shot across the arena and watching your friend get blasted to smithereenes.

UPDATE: RDR: Disco Dodgeball is no longer in Beta testing, and has been fully released, You can purchase the full game or download the Demo, via Steam HERE