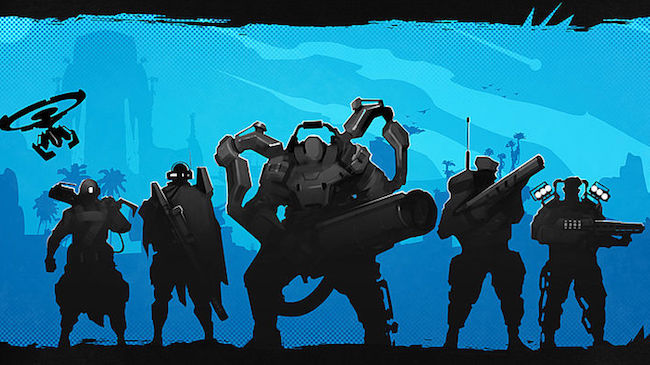 Playable in a single-player campaign or 1v1 and 2v2 multiplayer, RTS Arena takes part on a remote planet where three unique factions fight over control of mysterious ancient relics. You take on the role of a freelance commander who is tasked with leading raid squads in missions to collect the relics.

In RTS Arena you select and customize your squad of commandos, each of which has their own MOBA-esque abilities that make them suited to different roles. In battle you then select, group and issue commands to your commandos as you would in an RTS, allowing for a wide range of tactical approaches.

The maps that you deploy your team to have their own unique primary missions (such as escorting payloads and capturing artefacts) and secondary missions that can aid your chances of success (such as capturing resources and control points). Elevation, cover and environmental destruction also play a big factor, so a smart player will use the terrain to their advantage.

There’s not any gameplay footage available yet, but RTS Arena’s fusion of MOBA and RTS gameplay certainly sounds like it could be a breath of fresh air in the real time strategy genre. Sign up for the Alpha to be one of the first to lead your squad out into battle.