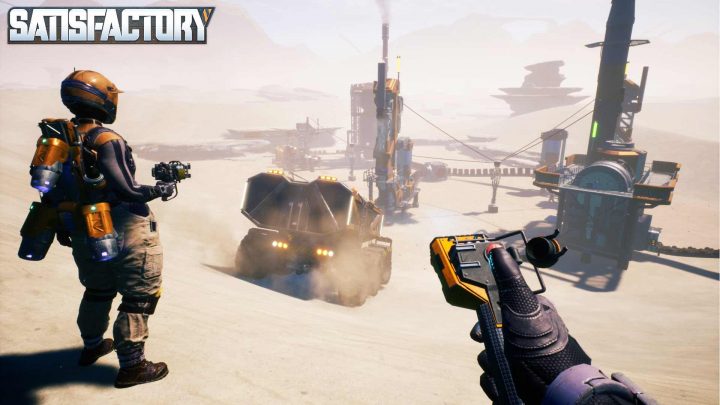 Other than a teaser trailer with a cute looking dinosaur/alien/puppy thing there’s very little info on Satisfactory. However, in the trailer you can hear some futuristic equipment powering up in the background and a tank-like vehicle rolling by so it could be a futuristic warfare game on an alien planet. Before their success with the Goat Simulator games, Coffee Stain Studios did also create the popular Sanctum FPS/Tower Defense games so it could be along a similar lines.

Your guess is as good as ours as to what Satisfactory is, but Coffee Stain Studios know how to make fun games and that dinosaur/alien/puppy thing in the trailer is adorable. Sign up for the Alpha now to be one of the first to find out what Satisfactory actually is!

UPDATE: This Alpha Sign Up Is Now Closed But You Can Follow the Development of Satisfactory Here