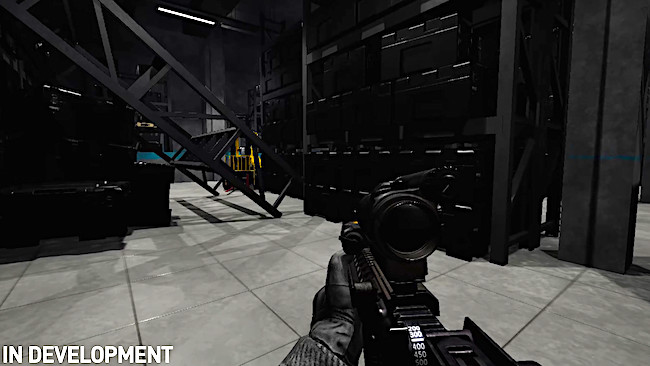 SCP: Pandemic is a first person tactical horror shooter set in an SCP facility where there’s been a containment breach of a virus that turns people into zomboid entities.

In SCP: Pandemic you step into the shoes of part of an improvised fireteam assembled to deal with an SCP facility where the staff have become infected with a virus strain of SCP-008, turning them into zombie-like creatures. You now need to enter the facility, restore the power, back-up the research data, investigate the event, gain samples of SCP-008 from the lab, take control of the nuclear reactor and escape. All The while you’ll have to deal with the infected staff and a variety of other SCP monsters that have escaped containment.

It’s worth noting that the developers of SCP: Pandemic aren’t just cashing in on the current situation with Covid-19. The game has been in development since March 2019, long before the present pandemic. It’s a promising game that has a nice mixture of Sci-Fi horror and tactical FPS combat that’s fondly reminiscent of F.E.A.R. SCP has plenty of interesting monsters in its archives too, so things could get pretty freaky!