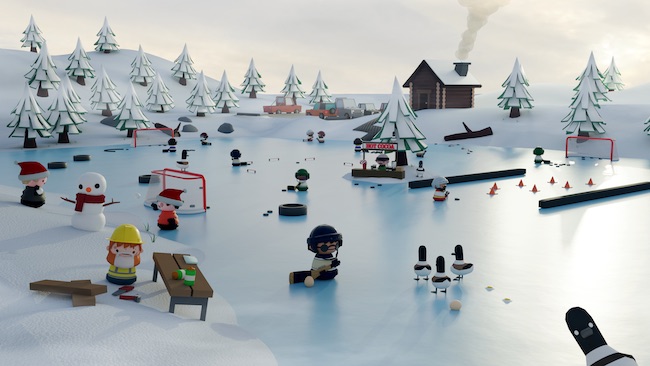 There’s no gameplay footage or many details available for Slapshot 2 at the moment, but (as it’s being released so soon after the first game), it’s likely to iterate and improve on the original rather than revolutionize it. The original saw each player controlling an individual character in a 3v3 hockey match with cute little customizable characters and fun physics based gameplay. It did take a little time to get used to the controls and physics so perhaps the second iteration will help make things a little more accessible to newcomers.

The original Slapshot is simple, but fun take on the ice hockey genre, with some very enjoyable core gameplay, so it’ll be nice to see it expanded on in the original. Sign up for the Alpha to be one of the first to take to the ice.