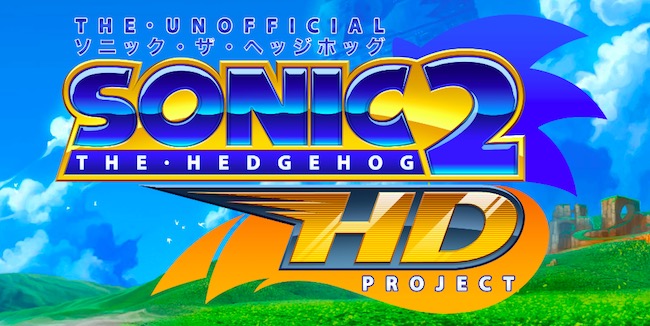 As soon as the Sonic The Hedgehog 2 HD title screen loads up you know you’re in for a treat, with a re-mastered title track and a beautifully animated Sonic and Tails welcoming you to the game.  Tails is playable via an unlock code (see below) and Sonic represents in style.  His controls feel exactly like the original, but with silky smooth animation and the added bonus of a wide-screen aspect ratio (which really does have a huge impact).

The current build of Sonic The Hedgehog 2 HD features the first two levels and a Robotnik boss fight, but there’s plenty more planned for the future.  As well as recreating the full original game, the devs plan to add a few bonuses, such as online multiplayer, additional levels and Knuckles as a playable character.

The game has had a pretty turbulent development, but development is now back on track.  We’ll be waiting with baited breath to see what the new team comes up with as we can’t wait to play more of this awesome HD-hog adventure.