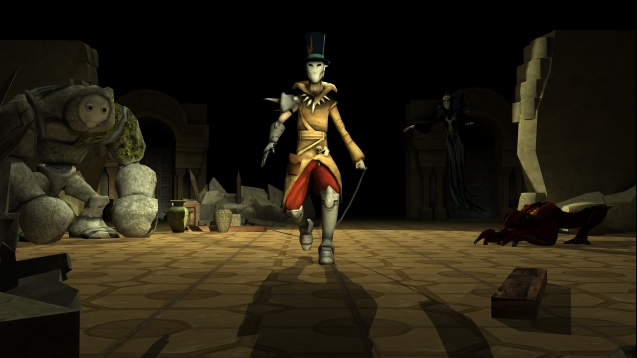 Soulbound is an action-adventure game in which you play as the Beastmaster, who roams the city of Caladan catching, taming and fighting monsters, using their skills and weaknesses to your advantage.  It’s no Pokemon though!  You roam the world from a top-down Diablo-style camera angle, with your selection of monsters tethered to you, battling against enemies in real time.

The game’s still early in development, but it’s a great idea, it’s real-time Pokemon with a pinch of Diablo