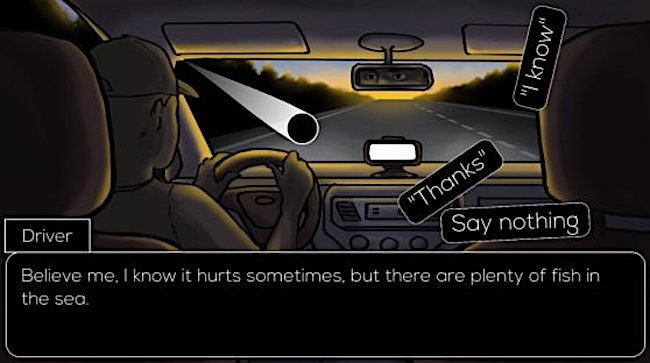 Recalculating is a visual novel thriller about a rideshare gone wrong as you try to maintain an awkward conversation by throwing a ball at your increasingly scattered thoughts.

Currently in development by Blank Slate Game Studios, In Recalculating you take on the role of a woman who is in an awkward conversation with an Uber-esque rideshare driver. The game takes on the form of a … Read More