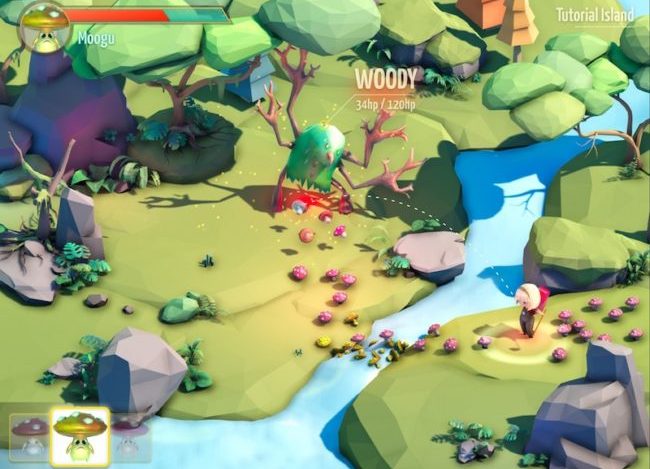 Terrorarium is an intriguing Pikmin-esque puzzle adventure that promises a blend of destruction, gore and gardening as you take on the role of a gardener who’s attempting to create the greatest terrarium in the galaxy!

In Terrorarium you take on the role of a highly competitive gardener who has their sights on the most coveted prize in the galaxy – the Blue Ribbon of the Intergalactic Horrorticultural Society Competition. You narrowly lost last year to your arch rival, Dolores, but this year you’re pulling out all the stops – travelling to the farthest reaches of the galaxy t collect the rarest and most volatile specimens the competition has ever seen.

This year you also have some assistance in the form of Pikmin-esque creatures called Moogu. The Moogu are obedient, stupid and breed very quickly – so your gardener is more than happy to send hordes of them to their violent deaths. You’ll need to command the Moogu to help them navigate hostile terrain, defeat powerful plant monsters and build the greatest terrorarium in the galaxy (while leaving a trail of destruction in your wake).

It’s a great looking game that seems fondly reminiscent of the Pikmin games, but with a healthy dose of gore and destruction. Sign up now to see if you can build the galaxy’s greatest terrorarium!