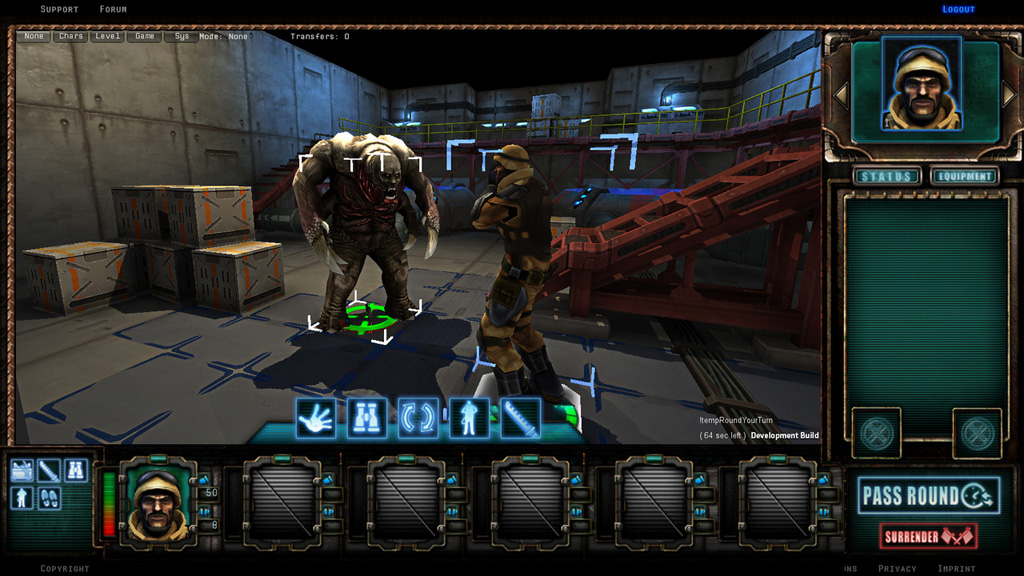 UFO Online is an intense turn based tactical combat combat game which pits you against PvE and PvP opponents.  Choose a faction, unite an army, build your base and develop unique strategies to surprise and defeat your enemies.  The game can be played in any Unity supported browser for free.

UFO Onlines core gameplay is heavilly influenced by the X-COM games, but it does bring plenty of it’s own ideas too.  The game features some excellent alien design, a persistent world battle map,  faction wars between 3 unique groups, base building, craftable weapons and upgradable armour.