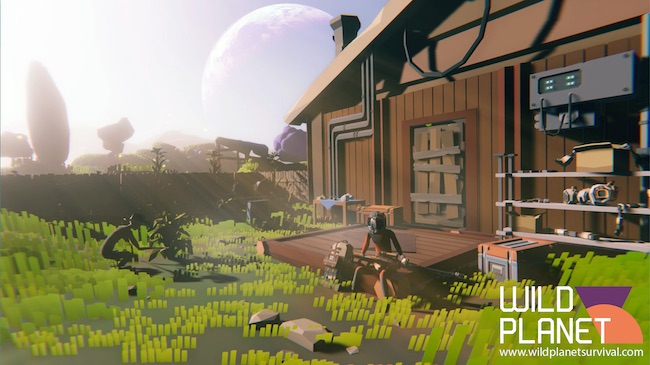 Wild Planet is a Sci-Fi open world survival game where you explore, hunt, craft and build on a strange alien planet.

Playable in single-player or online co-op, Wild Planet is a stylish low poly open world survival game set in a vast alien planet full of diverse biomes. In the game you’ll explore, hunt the indigenous giant alien bugs, build outposts and craft weapons and equipment as you attempt to survive and build a life for yourself in the hostile alien environment.

It’s a great looking game with a striking visual style and streamlined and easily accessible take on the survival genre. Sign up for the Beta to see how you fare on its beautiful low poly planet.